The best superheroes in the universe united in one game 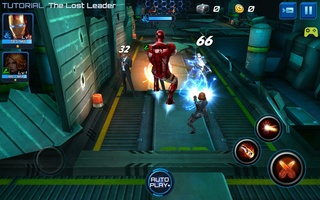 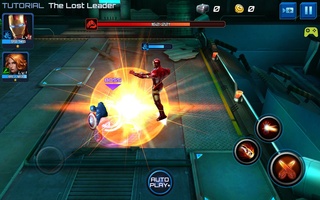 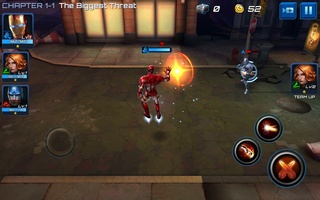 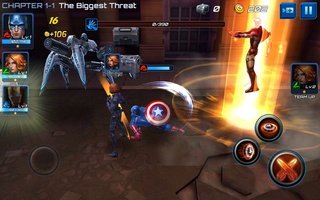 Advertisement
MARVEL Future Fight is a 3D action game where you play some of the most powerful (and personable) characters from the Marvel universe. In it, you'll be introduced to Nick Fury, who's come from the future to call all the superheroes and villains of the world together to save the multiverse from total collapse.

In MARVEL Future Fight, you can control more than 20 different characters. At first, you can only use Captain America, Iron Man, and Black Widow, but eventually you'll unlock the Guardians of the Galaxy, Kingpin, Venom, Thanos, and the rest of the Avengers, among many others.

The fighting system in MARVEL Future Fight works perfectly. With the virtual joystick to the left you control your character and with the buttons to the right do special attacks. Thor can use lightning, Black Widow her guns, Captain America his shield ... every superhero has four unique special powers.

The missions in MARVEL Future Fight are usually quite short (often no more than five minutes), so you can play whenever you want. There's also a PvP mode where you can measure your strength against other players online.

MARVEL Future Fight is an outstanding action game with absolutely spectacular visuals and production values ​​worthy of a console game. A highly recommended title that will especially appeal to fans of Marvel movies and comics.
Reviewed by Andrés López

the game is good and updated 2020, and what fails me is my low-end cell, it is for those who like to farm. 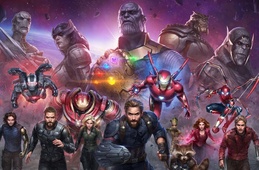 Apr 26th, 2019 The best Android games from the Marvel Universe Marvel Puzzle Quest
The superheroes have taken over the ledgendary Puzzle Quest
Krrish 3: The Game
The official game of the Indian blockbuster
Injustice: Gods Among Us
DC superheroes in their most spectacular battle
Batman: Arkham Origins
Join Batman in his fight against crime
Spider-Man Unlimited
With great power comes great responsibility
Marvel Contest of Champions
The most epic battles in the universe
Super Hero Fighter
Fights between the most powerful superheroes
MARVEL Avengers Academy
Go back to school with the Avengers

Genshin Impact
An open-world RPG with spectacular graphics
League of Legends: Wild Rift
The MOBA king deploys its arsenal on Android
Brawl Stars
3-on-3 battles from the creators of Clash Royale and Clash of Clans
One Piece: Fighting Path
A unique adventure in the One Piece world
LifeAfter (Global)
Cling to life in a hostile world
Angry Birds Epic
Join the Angry Birds on their most epic adventure
Blockman GO-Adventures
Travel and have fun in all the worlds offered by this application